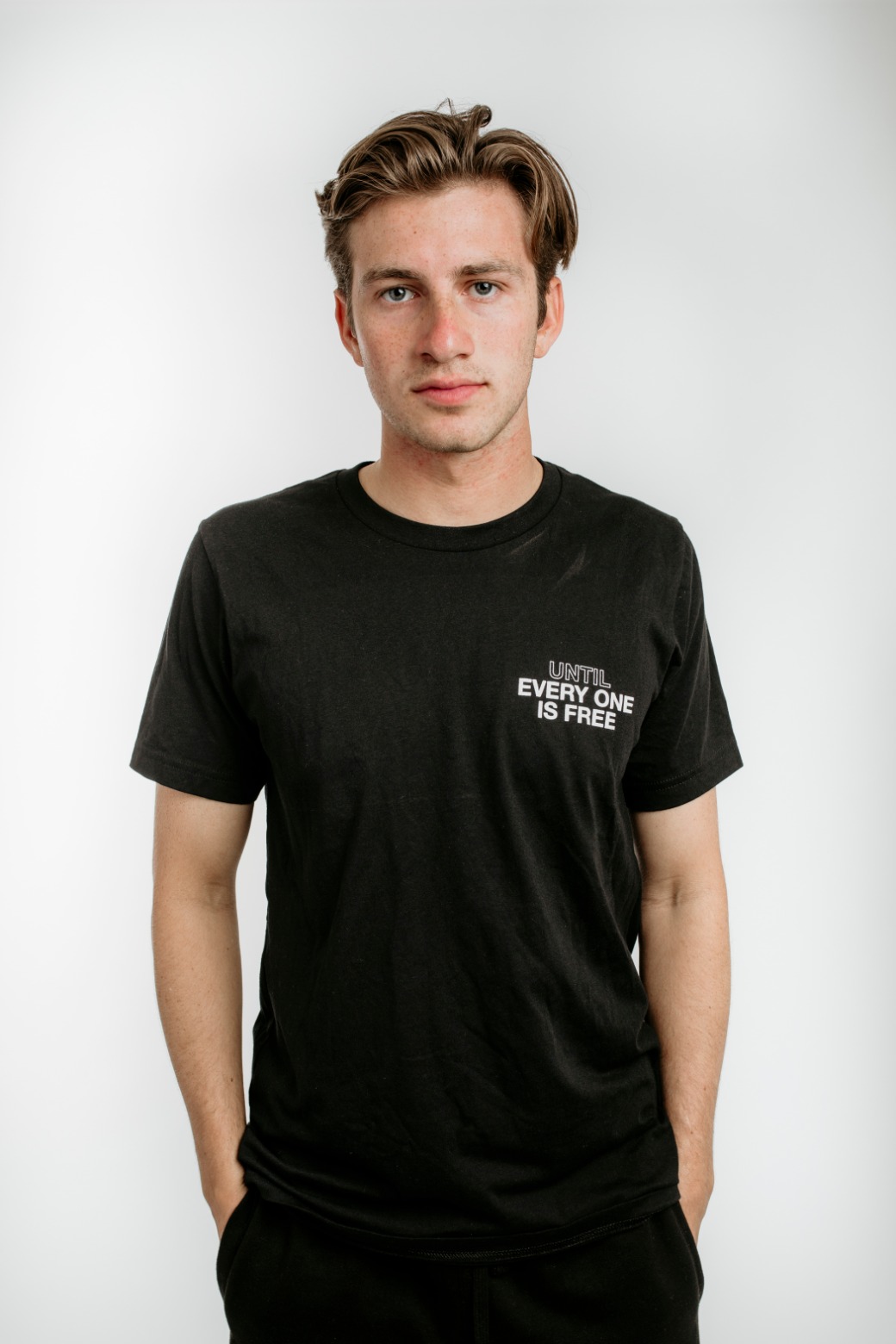 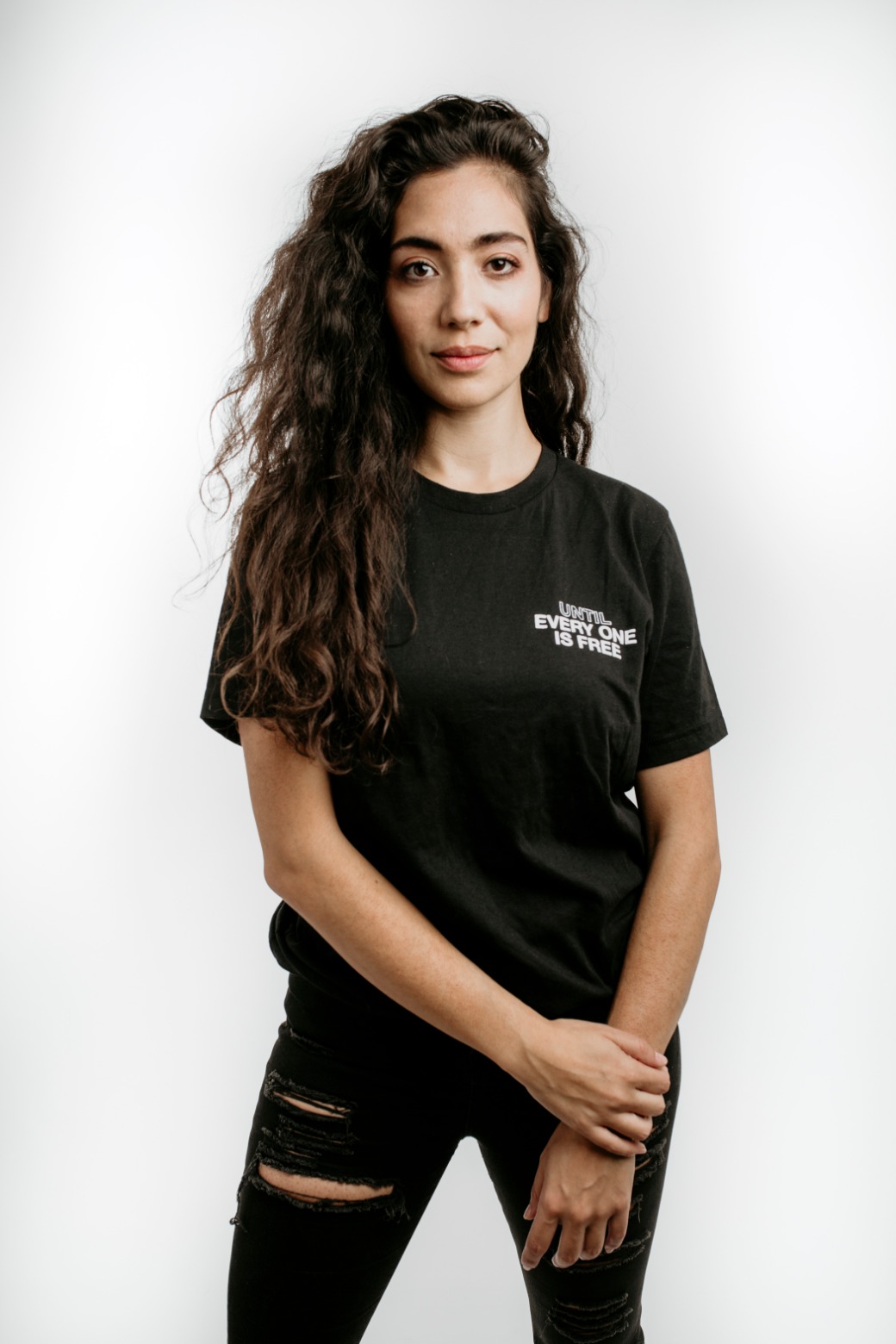 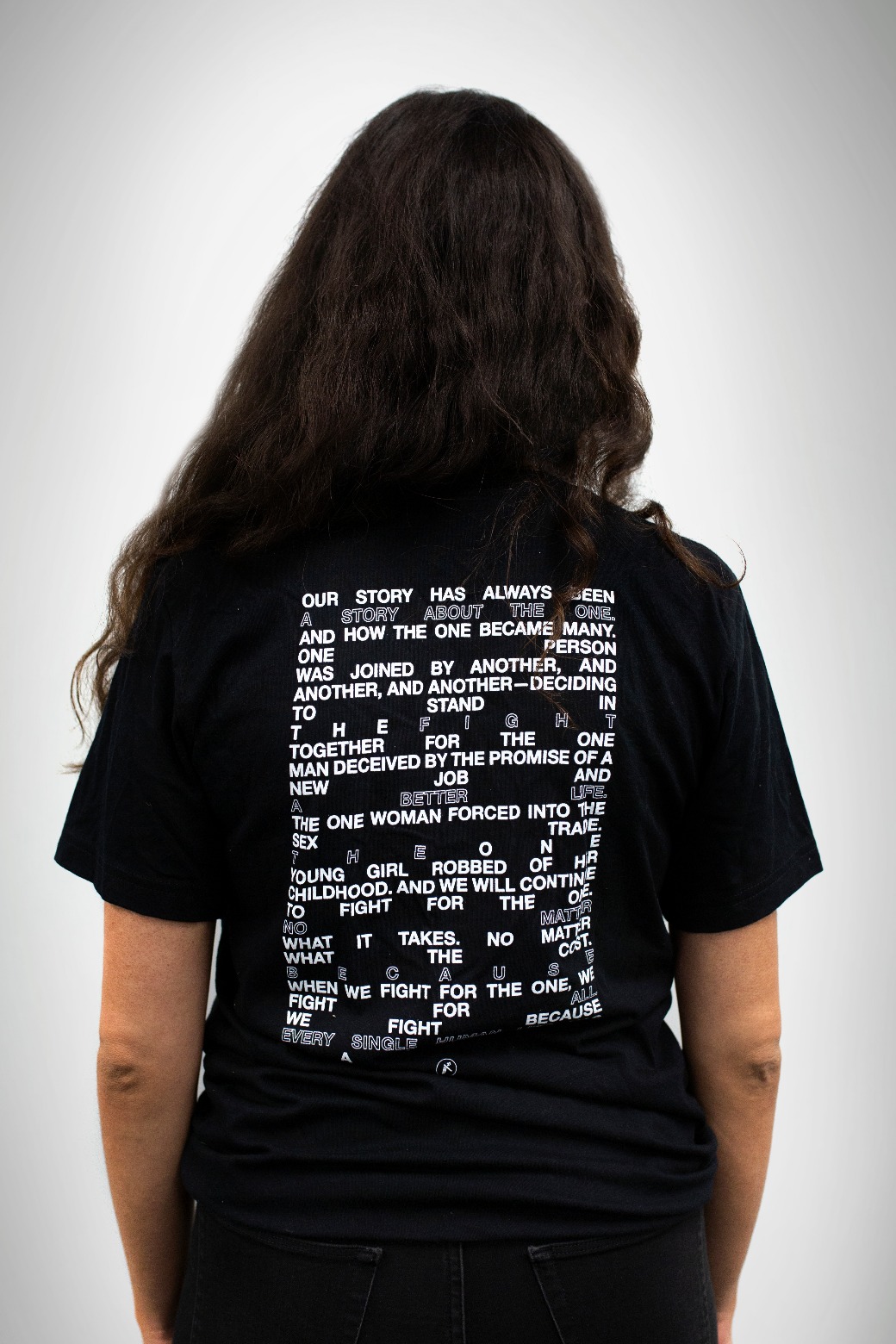 Currency conversion is a guide only based on daily currency rate. Actual converted price may vary slightly.

Raise awareness and spread a message of hope by wearing the "Until EveryONE is Free" T-Shirt.

Back of shirt reads:
Our freedom DeclaratioN–

"Our story has always been a story about the one. And how the one became many. One person was joined by another, and another, and another-- deciding to stand in the fight together for the one man deceived by the promise of a new job and a better life. The one woman forced into the sex trade. The one you girl robbed of her childhood. And we will continue to fight for the one. No matter what it takes. No matter what the cost. Because when we fight for the one, we fight for all. We fight because every single human life has value.""

Please allow for a few additional days of transit time for this item.